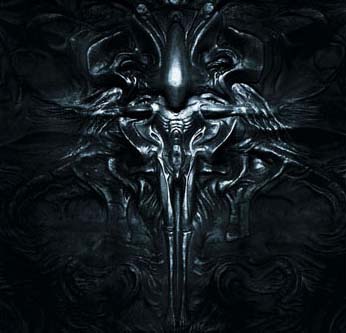 Behind the giant head in the ceremonial room is a suspicious mural. It displays the alien from the “Alien” movie series, but is shown crucified. This seems to symbolically show that Jesus was an engineer. “Space Jesus Theory.” Believe that Jesus was engineered from aliens, since he was born of Immaculate Conception (which can be done today via artificial insemination) and he apparently possessed powers that normal humans didn’t. In some sense of the word, Jesus would have been “alien” or different from regular human beings. His resurrection may as well be looked at as a sort of possible proof of powers from other worlds. Also, interesting to note is the fact that Jesus’ story parallels many Greek/Roman, Egyptian myths, and more general analogies involving cross-cultural patterns of dying and rising gods in the context of the “Jesus Myth Theory.” 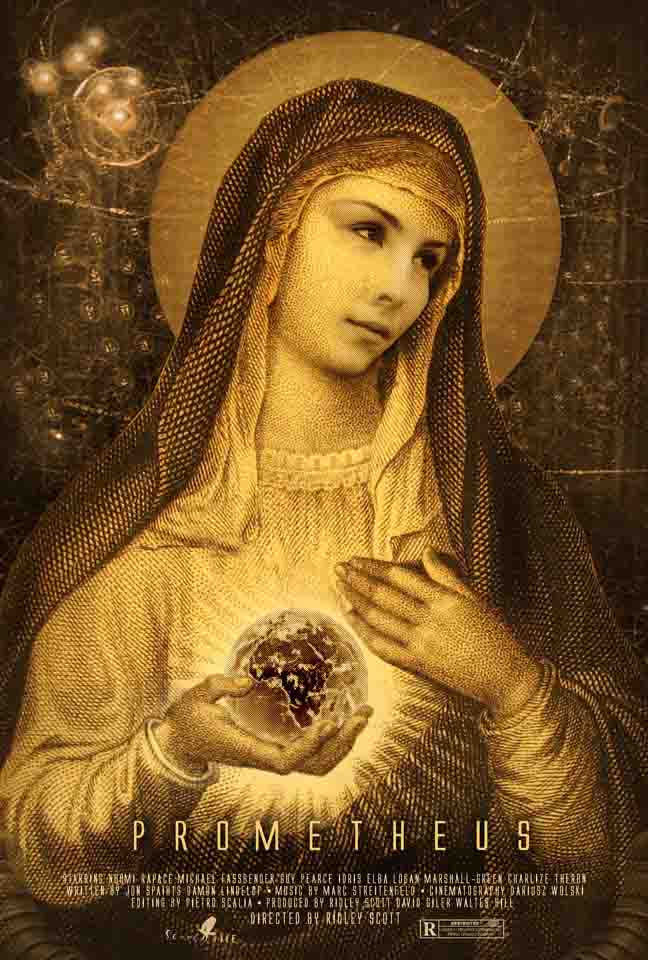 Dr. Shaw is unable to have babies, but ends up getting pregnant with an alien. This is a reference to the Virgin Mary’s birth. Dr. Shaw was sterile and Mary was virgin. In the Gospel of Luke, Mary asks how she is to conceive and bear a son, (being a virgin) and an “angel” tells her that it will happen by the power of god. Dr. Shaw’s “miracle baby” similarly happened by the power of the engineer gods. Today, we know that it’s possible to have babies without having sex. Back then it was called Immaculate Conception, because the technology wasn’t understood so foreseen as an act of god. But today it’s called artificial insemination, because we have control and an understanding over the whole process. The obvious idea then for ancient astronaut theorists is that the all virgin births (yes there were more than just the Virgin Mary’s birth accounted for in ancient times) came from aliens artificially inseminated the women with a part of their DNA. This would explain the fallen angles coming down and “sleeping” with women so they would give birth to either giants (nephilms) or people like Jesus (it’s believed that Noah and Moses, to name a few biblical names, were somehow “special” and different from the rest of the humans on the planet, possibly having their births manipulated too). According to other cultures the other virginal conceptions/miraculous births were as follows:

Hinuism: Krishna (worshiped and revealed similarly as Jesus was), avatars of the god (living in the human realm descend into human women’s wombs, i.e. without intercourse), Karna, The Pandavas children.

Egyptian  mythology: Horus (which has many parallels to the story of Jesus, like the idea of a holy trinity, although took place at least 2,000 or more years before Jesus)

Horus, Moses, Noah, King David etc. (whom also shared a virgin birth according to the bible). According to the bible, Jesus was a “direct” descendant of King David through the male line. Obviously, if god was the father, this is impossible by any stretch of the imagination. Something doesn’t add up here, and the fact that things like this are overlooked is beyond me. The question becomes whether aliens that came to earth in ancient times use advanced fraternal technology or did god and fallen angels somehow impregnate human females?