The king of artificial sweeteners was allowed to enter the market in 1981 when the U.S. Commissioner of Food and Drugs, Arthur Hull Hayes, disregarded and overruled FDA panel suggestions, as well as consumer concerns. It’s a fact that it was never tested on humans before its approval, and yet can be found in over 6,000 products and consumed by more than 250 million people, with Americans consuming around half of the world supply.

Aspartame is a neurotoxin that interacts with natural organisms, as well as synthetic medications, producing a wide range of proven disorders and syndromes. So who gave the okay for this toxin to be approved against scientists and the public’s safety? Donald Rumsfeld, CEO of G.D. Searle; the maker of Aspartame.  Rumsfeld was on Reagan’s transition team, and the day after Reagan took office he appointed the new FDA Commissioner in order to “call in his markers” with one of the most infamous cases of “profit-over-safety” ever recorded.  Aspartame is now found nearly everywhere, moving beyond “sugarless” products and into general foods, beverages, pharmaceuticals, and even products for children.  It recently has been renamed to the more pleasant sounding AminoSweet. But don’t let this deceive you; they don’t want you to know the dangers it possesses. Aspartame/AminoSweet is by far the most dangerous substance on the market. It even hides behind brand names such as NutraSweet, Equal, Spoonful, and Equal-Measure, Splenda, Sweet ‘N Low. But its makers cannot conceal that it accounts for 80-85 percent of food complaints registered with the FDA. 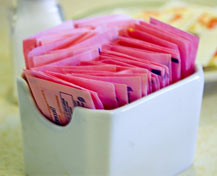 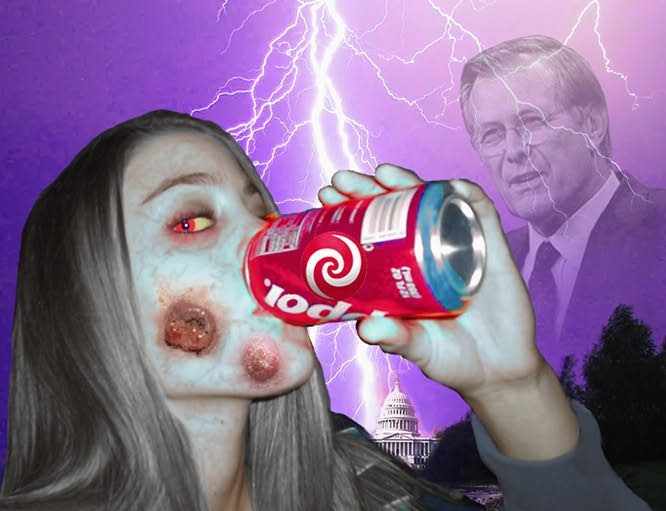 Aspartame is only the technical name. It was first discovered by accident in 1965 when James Schlatter, a chemist of D.D Searle Company, was creating an anti-ulcer drug. That’s right; aspartame wasn’t even meant to be a sweetener, but an anti-ulcer drug. It was after he happened to taste it on his hand and saw that it was sweet, that he decided to market it as an artificial sweetener to earn himself billions of more dollars. Interesting to note is that this toxin tried to get approved in 1974, but objections were filed by neuroscience researcher Dr. John W. Olney and Consumer attorney James Turner. Investigations of G.D. Searle’s research practices caused the U.S. Food and Drug Administration (FDA) to put approval on hold. In 1985 Monsanto purchased G.D. Searle and made Searle Pharmaceuticals and The NutraSweet Company separate subsidiaries.

Many of the reactions to this toxin include very serious seizures (epilepsy), brain tumors, cancer, multiple sclerosis, chronic fatigue syndrome, Parkinson’s disease, Alzheimer’s, mental retardation, lymphoma, birth defects, fibromyalgia, diabetes (because it increases insulin levels) and may even cause death. Over the course of 7 years a study found that as little as 20 mg per day can cause cancer in humans. A few of the 90 different documented symptoms listed in the report were:

The most sinister part of all of this is that it’s marketed to children in various candies. It’s especially dangerous for pregnant women to digest this toxin. The reason is because infants and young children have yet to fully develop their blood-brain barrier, which helps protect against toxins like this one, so it becomes extremely toxic to them. The way it works is that Aspartame is an excito toxin, which binds with cells, adding too much calcium to them, which causes them to die. Because of this it creates nervous system disorders. Also, it’s commonly known that childhood obesity has more than tripled in the past 30 years, and individuals who consume non-nutritive sweeteners, end up craving sugar more than those whom don’t use these sweeteners. Over time this toxin builds up in the body wrecking havoc. Remember to also avoid any “diet” or “light” food… this is usually found there, and after long term consumption will actually cause you to gain weight. 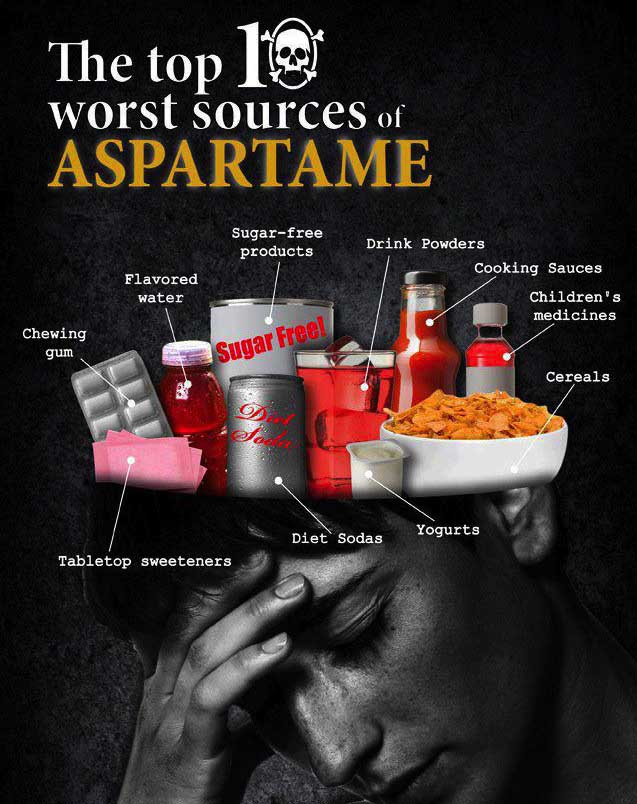 What is Aspartame Made of? 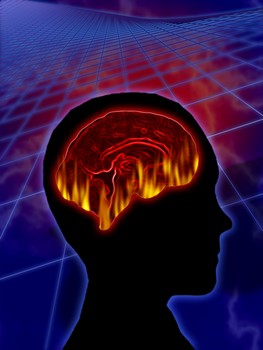 Aspartic Acid (40%) – serious chronic neurological disorders and a myriad of other acute symptoms, including hormonal problems and memory/hearing loss

Phenylalanine (50%) – for certain people it may cause emotional disorders such as depression and addiction. The most disturbing part of this ingredient is that it became more cost effective to manufacture this chemical by using genetically modified E. coli bacteria to produce large amounts of phenylalanine. In other words, bacteria excretion combined with an amino acid.

Diketopiperazine (DKP) – this is a byproduct of aspartame after it is digested in the body. This chemical is what’s responsible for causing brain tumors. 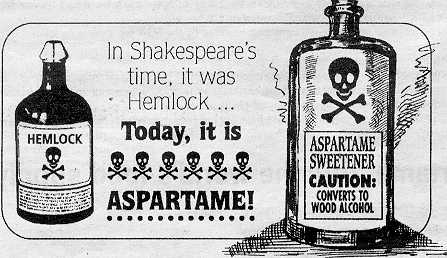 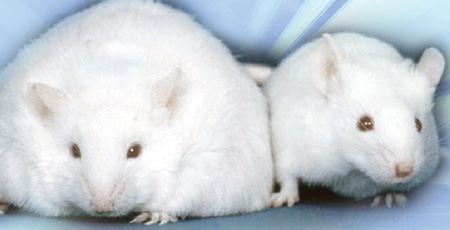 Why don’t we hear about these things?

1.       Politics cause a lack of awareness, so aspartame induced illness are never reported to the media.

2.       Most symptoms are the result of long-term use, and people do not see the link.

3.       Although it’s easy to prove if brain cells have been killed, it’s difficult to prove exactly how a brain cell is killed and actually be able to isolate a specific cause. This is where some common sense can come into play, since it becomes very obvious what the cause is after learning all the facts. 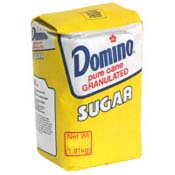 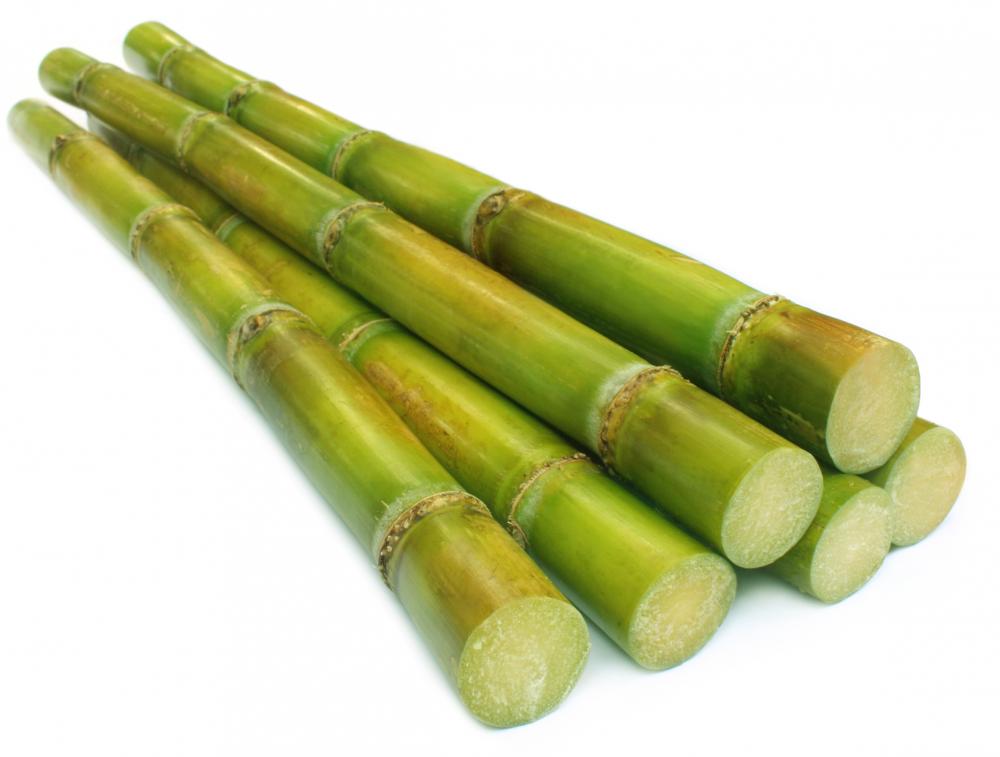 Despite the color, white and brown sugar is very similar in terms of being “healthy.” So it really doesn’t make a difference between which one you choose to use since they are both processed similarly… brown sugar just has molasses added to it which give its color and texture. Make sure to use either sparingly.

Sugarcane should be eaten sparingly too; however its juice does have certain health benefits due to its range of essential nutrients making it a healthy alternative to refined sugar. Think of it as a natural high energy drink, since you don’t actually eat the fibers; you only suck the juice out so it’s sort of like drinking sweet water. It happens to be a form of grass that grows only in warm, tropic temperatures. In 2005 Brazil was the largest producer of sugarcane in the world, followed by India. The following is the list of health benefits from eating sugarcane sparingly:

·         Since sugarcane has no simple sugar, it can be enjoyed by diabetics without any fear. However, they intake should still be limited for people suffering from type-2 diabetes.

·         Being alkaline in nature, it helps fight against cancer, especially prostate and breast cancer.

·         Provides glucose to the body, which is stored as glycogen and burned by the muscles, whenever they require energy. Therefore, it is considered to be one of the best sources of energy.

·         If you have been exposed to heat and physical activity for too long, drink sugarcane juice. It will help hydrate the body quickly.

·         Clears the urinary flow and also helps the kidney to perform its functions smoothly.

·         Good for those who are suffering from febrile disorders. Febrile disorders are responsible for causing fevers, which can result in a great amount of protein loss from the body. Liberal consumption of sugar cane juice provides the necessary protein and other food elements to the body.

·         Beneficial for micturation, caused due to high acidity, along with genorrhoea, enlarged prostate, cyctitis and nepthritis. Mixing sugarcane juice with lime juice, ginger juice and coconut water will give better results.

·         Consists of plenty carbohydrates, which serves to refresh and energize the body. It supplies instant energy to working muscles and for this reason, it is also known to maximize performance in sports and endurance.

·         Good for digestion, as it can effectively work as a mild laxative because of its high potassium content.