The next question I’d like to ask you is: If you can play at a 10 sometimes, why can’t you do it more frequently? You obviously have the physical skills and ability or you wouldn’t have been able to do it that one time. …

I’d like to suggest that the reason your game isn’t consistent and you don’t play up to your potential most of the time is strictly mental—specifically, your beliefs, feelings, and the meaning you give what happens while you play, all of which are within your power to change.

It’s not how good you play, but how often you play that well. 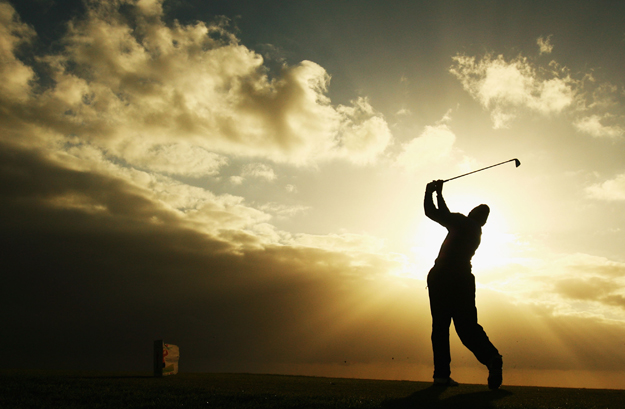 Obviously you need the appropriate skills for your sport but, as Jim Loehr (a sports psychologist who has worked with a number of successful professional athletes) points out, “the distinguishing trademark of great players in any sport is not so much their exceptional talent, but rather their exceptional ability to consistently play at the peak of their talent.”

Many others agree. For example, a story in USA Today pointed out: “For years, golf’s top players have agreed: little separates the physical capabilities of the world’s 100 or so best players. The difference between success and failure, they agree, largely depends on their approach, their handling of crisis situations on the course, their response to pressure, the ability to handle their emotions and fears and doubts. In short, it’s the mental side of the game.”

If you’re like most serious amateur competitors, you don’t complain very much about your physical limitations. Here is a list of some of the most common complaints. Which sound familiar to you?

• “The harder I try, the worse I seem to perform.”

• “I know exactly what I’m doing wrong on my forehand (or my putting, or my footwork, or my swimming stroke, etc.), but I just can’t seem to break the habit.”

• “When I concentrate on one thing I’m supposed to be doing, I mess something else up.”

Notice that every one of these complaints is a mental one. Moreover, all of them are the result of putting pressure on yourself.

In fact, Loehr contends, “If you can take the pressure off yourself, then winning will take care of itself.”

Why? What’s the connection between pressure and your ability to perform?

Tony Schwartz points out in a New York Magazine article that: “Thoughts about losing or playing poorly may lead to fear and anxiety, which prompt an array of physiological reactions such as increased heart rate, muscle tightness, shortness of breath, reduced blood flow to the hands and feet, and even narrowing of vision. All of these reactions make it impossible to play up to one’s potential.”

How do you react to mistakes?

“The emotional downfall for most players is mistakes. Mistakes can trigger strong emotional responses (disappointment, embarrassment, anger, temper, low intensity) that can cause inconsistent or poor play. For some players, nearly every mistake represents an emotional crisis. But it’s interesting to note that everyone manages mistakes the same way when they’re playing well. They simply turn and walk away confidently, as if nothing happened. Ideally, the best emotional response to mistakes is to get challenged. A mistake is simply feedback to the mental computer that the shot wasn’t perfect, that some adjustment is necessary. And the simple fact is that without mistakes, the learning process would be permanently blocked. No mistakes, no progress. But negative emotion also blocks the progress and is a natural response to mistakes. So what’s the answer? The answer is that players must train emotionally so that mistakes produce the right emotional response.”

It might be possible to “train emotionally,” but ultimately emotions are the result of beliefs, conditionings, and how events occur to us. Eliminate the beliefs and conditionings—and learn how to dissolve your “occurrings”—and the emotions change automatically.

Imagine the following: You have the belief that a ball being hit into the net (or into the water, etc., depending on your sport) is a mistake, and mistakes mean there is something wrong with you. Now imagine that the ball hits the net or goes into the water. What would you have to feel? … Angry at yourself, annoyed, frustrated, hopeless, etc.

Now imagine this scenario: You have the belief that there is no such thing as a mistake, that every result that isn’t what you intended is an opportunity to learn how to improve your game. Moreover, you believe that not achieving your intended result means nothing about you. Now imagine that the ball hits the net or goes into the water. What would you feel in this situation? … You might find it difficult to imagine right now that there are only outcomes and no mistakes, but just do your best to imagine the scenario I’ve just described. Okay? … What would you feel? … Challenged, calm, curious, or possibly nothing at all.

How does stress affect the body?

What happens physiologically when you think you’ve made a mistake and you think mistakes are bad? Too much negative energy, which gets translated into being too excited, too angry, or too anxious. Some typical signs of over arousal include:

• Difficulty in concentrating and focusing.

• Everything seems to be going faster than it really is.

• Inability to think clearly and accurately.

• Attention gets focused on one thing and refocusing is difficult.

Changing your beliefs about mistakes would minimize these conditions.

Stress is an Interpretation 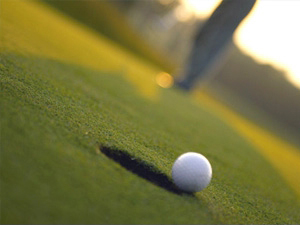 “The greatness of a Gretsky, a Connors, a Palmer, or an Evert is not that they perform well under pressure,” Loehr contends. “No one performs well under pressure. Their greatness is in their learned ability to take the pressure off. … In the face of great external pressure, these [top] performers felt almost no anxiety. To the contrary, they felt calm and peaceful inside but also highly energized, positive, and enthusiastic…

It is this skill that separates the superstars from the troops—they have the ability to take pressure off, transforming crisis into opportunity and threat into challenge. All that stands between you and that ability is your own head! … Pressure is something you put on yourself.”

Nothing is inherently stressful. Contrary to common knowledge, there is no such thing as a “stressor.” In other words, stress doesn’t exist “out there” and nothing “out there” causes stress. Stress originates in the mind and exists only in the mind; it’s the result of an interpretation. Change the interpretation by changing beliefs or dissolving the meaning you just gave to an event and the stress will disappear.

For example, assume you had a project to complete and had a number of limiting beliefs, including: "I’m not capable" and "Nothing I do is good enough." What would you feel as you began the project? … Some level of stress. And it would feel as if the project was causing the stress, wouldn’t it?

Now let’s assume you had the same project but had the opposite beliefs, including: "I am capable" and "Whatever I do is good enough." If your beliefs made you feel confident that you would do a good job, do you still think the project would make you feel stress? … Unlikely. Same project, but different beliefs would result in stress or no stress.

By the way, did you notice that although the specific examples I gave had to do with sports, everything I said about the source and consequences of stress is just as applicable to everything else in life?

If you haven’t yet eliminated at least one of your limiting self-esteem beliefs using the Lefkoe Belief Process, then please click here so you can eliminate one limiting belief for free.

Think about any sport that you engage in regularly and see if you can identify a few beliefs that might be affecting your game. How much would your game improve if you eliminated those beliefs? Try it.