Is There Bleach in Your Tampon?

Wisdom-Square › Organic Hygiene › Is There Bleach in Your Tampon?

While this content is offered for free, I do also offer a premium subscription-based delivery service for all products that are free from potentially cancer-causing ingredients. I’ve done all the research to ensure only the best quality products may be delivered to your door step as often as you need them, without the headache of driving around and comparing labels all day. And trust me, I wouldn’t feature a product unless I felt it was safe enough for my own family to use. 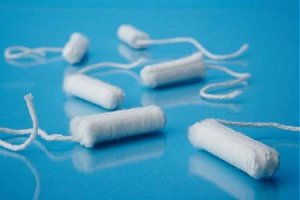 One of the most carcinogenic toxins ever created by humans is dioxin. Dioxin is a by-product of the chlorine bleaching process and other manufacturing processes used in the production of most paper and rayon products such as: coffee filters, toilet paper, disposable diapers, and you guessed it, tampons and sanitary pads. Dioxin is one member of the organochlorine family, which includes the contaminant Agent Orange. Most of us are exposed to dioxin on a daily basis: it is in the air, water, and soil in most of the US. Bleach found in many cleaning products have been discovered to be very hazardous for us to breathe in, so why would they be safe for this? Some researchers believe that women who regularly use tampons have a greater health risk than anyone else in the world because they repeatedly expose their vaginal mucosa, which is extremely absorbent, to this terrible toxin. Not to mention that tampon companies openly admitted that "Fibers can come off any tampon." This virtually creates a breeding ground for the dioxin. These chlorine-bleached tampons made with synthetic fibers have been linked to Toxic Shock Syndrome.

The truth is that nearly anything you place on the tissue in the vagina will be absorbed. Now think about it, what if you used a high-absorbency tampon and were exposed to this for 24 hours at a time repeatedly up to 5 days every month. Even low-absorbency tampons that get replaced 4-5 times a day pose a real threat. Also, consider that its been estimated that an average woman may use up to 15,000 tampons in her lifetime over the course of about 40 years. Even the more limited contact made by sanitary pads could cause a woman to absorb an excessive amount of dioxin, even if the levels in the production test out as relatively low. This may push women over the edge of what is considered a safe and acceptable exposure limit.

Ongoing studies show that dioxin is a contributor to several damaging health effects including the disruption of the hormonal and endocrine systems and endometriosis. Rhesus monkeys exposed to dioxin resulted in an increased incidence of endometriosis. Citing studies also indicated dioxin was unsafe at any level- not only potentially carcinogenic (cancer causing), but toxic to the immune system and a cause of birth defects and reproductive disorders.

Endometriosis is a condition in which small patches of the lining of the uterus (endometrium) grow in the wrong places, such as in the ovaries, fallopian tubes, vagina, abdomen, deep inside the uterine muscle, or even in other parts of the body. It can even grow between organs causing them to stick together. The extra tissue is much like scar tissue, and gets red and swollen causing pain during menstruation. Adhesions can form in advanced endometriosis causing reduced function of reproductive organs. Retrograde menstruation or backward bleeding is another contributor to developing endometriosis. Retrograde Menstruation is when blood meant to be flushed from the body through the vagina goes up into the uterus during menstruation. It is unknown why this happens to some women. Ten to fifteen percent of women suffer from endometriosis and up to thirty percent of these women are infertile. Endometriosis is most prevalent in women between the ages of twenty-five to forty four. Among infertile women, thirty to forty-five percent have Endometriosis.

Over 500,000 surgeries a year are performed to remove misplaced cells in order to relieve pain associated with the disease; this does not guarantee total pain relief. Endometriosis subsides after menopause and goes away upon the removal of the ovaries.

Why have we not heard more about the links between dioxin, endometriosis and tampons? Let's take a look:

1. The tampon manufacturers legally hire their own researchers to conduct independent research. This means that the FDA’s reassurances to the public are based on the data given to them by the tampon manufactures themselves. The tampon industry is able to filter the results of their “research,” to their best interests.

2. The FDA does not report all pertinent findings to the public. For example, in 1992, a congressional subcommittee working with the FDA stumbled across reports from an FDA scientist (he was hired through the FDA not the tampon industry). This report cited that dioxin was not safe at any level and that the most significant risks may occur from tampon use. The report advised that the most effective risk management strategy would be to assure that tampons contain no dioxin. The results of the full study that this report refers to are not even available to the public. This report was virtually ignored by the FDA, and the public heard nothing about it. Tampons still contain dioxin today.

3. Finally, we are not hearing about this because the tampon industry is not obligated to list the ingredients used to make tampons or to list the chemicals used during the manufacturing process. They also do not require for tampons to be sterilized. Congresswoman Carolyn Maloney from New York points out that there has been far more testing on the possible health effects of chlorine-bleached coffee filters than on chlorine-bleached tampons and related products.

We are not getting the full story, that much we can trust!

The FDA and EPA are in disagreement over the dioxin debate. On the FDA website the FDA states that “while there may have been a problem in the past with chlorine bleaching, rayon raw material used in US tampons is now produced using elemental chlorine-free or totally chlorine free bleaching processes.” The FDA claims that this method of bleaching does not produce dioxin. The EPA has more or less agreed with the FDA for the past 10 years. Now they claim that “the chemical is 10 times more likely to cause cancer than previously estimated. The problem lies in the repeated contact with dioxin. There really is no “acceptable” level of exposure to dioxin given that it is cumulative and is slow to disintegrate. This is such a reoccurring problem, because the fact of the matter is that synthetic chemicals are never tested for their long term use... and never tested to see what happens when certain synthetic chemicals combine from different products. It's for this reason that today's healthcare is at an all time sky high. It's hard to accept this truth, but all of these synthetic chemicals found in virtually all of the "name brand" products that appear everywhere are never honestly tested.

In early 1989, British women launched a publicity campaign to halt the use of the environmentally hazardous chlorine gas bleaching processes used in the manufacturing of diapers and feminine products. After 6 months, the women won, and this hazardous process was no longer used. Several other European countries as well as New Zealand have also stopped using this process. America on the other hand shows no sign in changing the way that these products are manufactured.

So now what alternative change can you make today to promise you a healthier future? For starters chlorine-free tampons are often made solely with 100% organic cotton and contain no polyester, rayon, plastics, or other synthetic ingredients. Notice how I said often, that means each product should still be researched well before use. Some of the more trusted and well-known brands however are Seventh Generation and Natracare. Interesting to note is that in England the makers of sanitary products have in fact switched to oxygen bleaching, a "green" method of "bleaching." Other alternatives aside from safe tampons and pads are reusable menstrual cups. Trusted and well-known brands for this include: the Keeper, The Moon Cup, The Diva Cup (this seems to be the most popular for comfort), and Glad Rags.

Wisdom-Square › Organic Hygiene › Is There Bleach in Your Tampon? 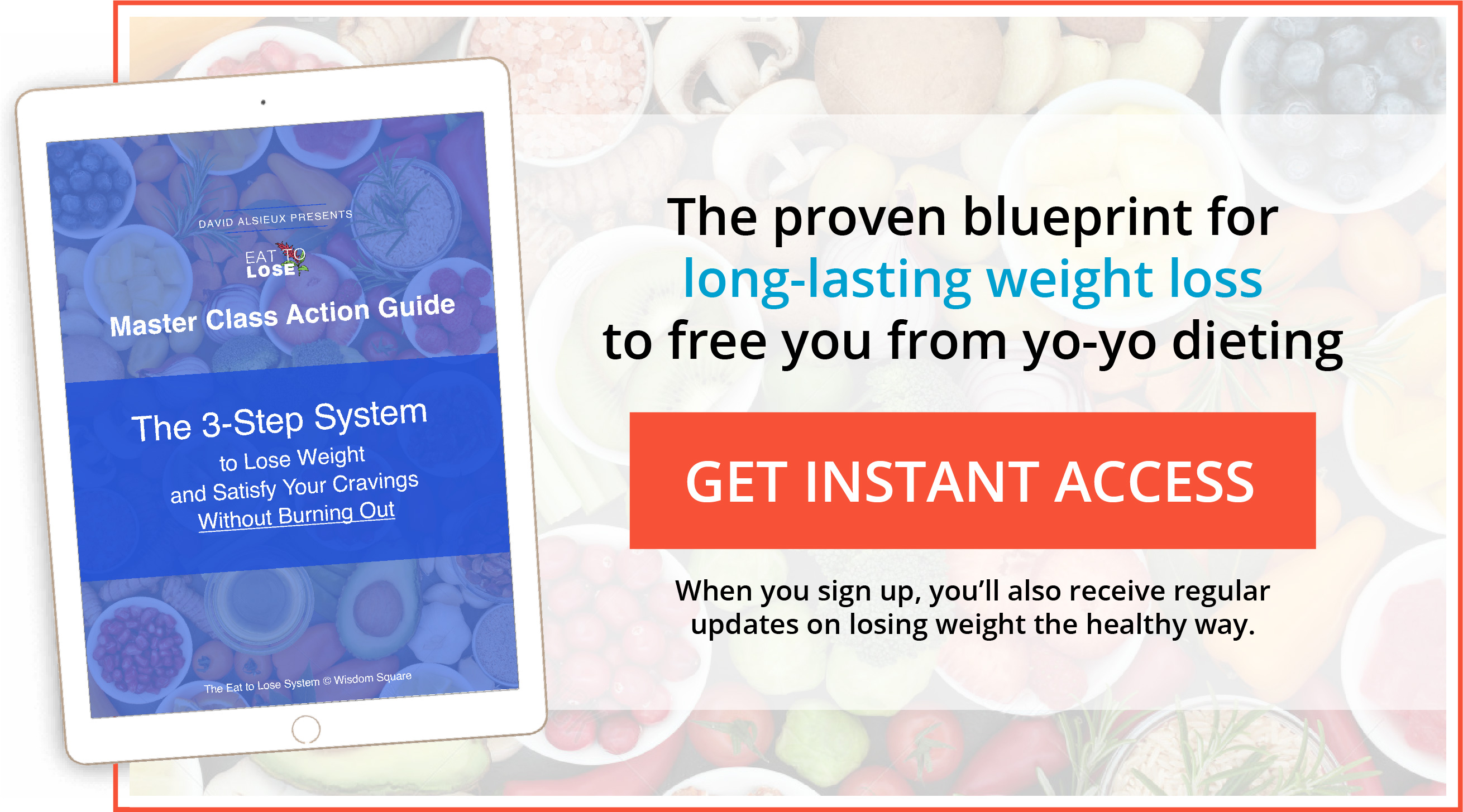